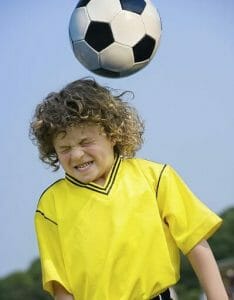 The most common head injury is concussion. According to Bert Vargas, M.D., sports neurologist and headache specialist, 95% of people with concussion will experience headache associated with that concussion. Among those with headache, about two-thirds are going to have migraine features. Additionally, “A preexisting history of headache disorder—specifically migraine—may predispose an individual to develop post-traumatic headache after having an injury to the head.” Post-traumatic headache is defined as the onset of persistent headaches within seven days of experiencing altered consciousness due to a blow or impact to the head.

As March is Head Injury Awareness Month, I would like to share my daughter Ava’s experience with concussion, post-traumatic headache and migraine.

About 6 years ago, Ava hit her head in her musical theater class in school. The teacher did not notify the school. She wandered through the rest of her day feeling “off” and had a bad headache. When I picked her up I could tell by the way she was walking and from the look on her face that something was wrong. Her pupils were different sizes and she was not herself.

I called our pediatrician who saw her that same day. He confirmed it was a concussion, gave her some medicine and told her to take it easy for the next couple of weeks. He also said if she was not improving after a day or two, she should see a neurologist which is exactly what we did.

The neurologist reassured her that this was just a concussion and that she would be feeling better in a week or two. He gave her a prescription medication to help with her symptoms and said it would simply run its course.

While the concussion probably cleared up at some point, her headache pain did not. She also developed new symptoms: blurred vision, light, sound and smell sensitivity, fatigue and nausea. It became increasingly difficult to get up for school, attend all day and even attempt to do homework.

Concerned, we went back to the neurologist who told her to find a pain clinic and a psychiatrist because “pain was now her life.” He did not offer any explanation about her developing symptoms and the reason she was getting worse.

We found a headache specialist who diagnosed Ava with migraine disease. We received a wonderful education about migraine and all of the complexities that can come with it. Ava was predisposed to migraine so when she got the concussion, it triggered the symptoms. Not all symptoms were head pain because it is a neurological disease.

If we had been able to see the headache specialist early on, Ava might not have had increasing symptoms and the intensity of them. Her migraine might not have become chronic, 15 or more days per month.

Through this process I have learned that concussion can trigger migraine. Early treatment is vital to stopping the cascade of symptoms that, if left untreated, have the potential to become worse. Concussion, especially for someone predisposed to migraine, is serious and should be treated aggressively at the onset. The brain is amazing! With the correct diagnoses and proper treatment, life can get back on track. There is hope! 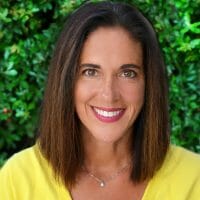